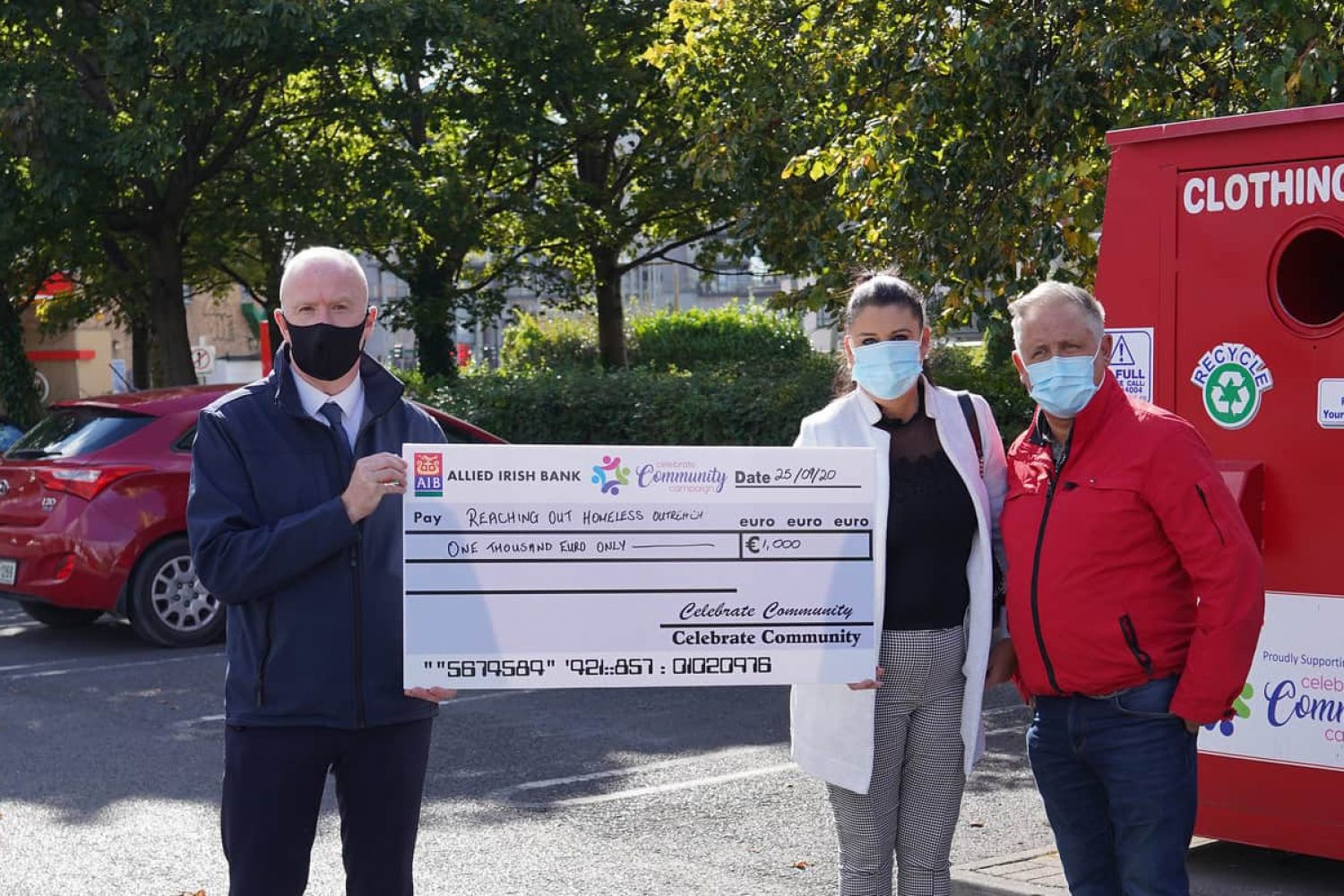 We here at The Square were thrilled to have the team from Reaching Out Homeless Outreach here this afternoon to be presented with a donation to their fantastic cause from Dolly Textile Recycling who proudly support the Celebrate Community Campaign.
Irene Coady Murphy and her husband Mark Murphy started up their charity – Reaching Out Homeless Outreach over a year and a half ago. They were delighted to be presented with a cheque for €1,000 from Theresa Commins on behalf of Stephen Dolly of Dolly Textile Recycling whose Clothing Banks are located here at The Square.
Irene who is a native of Tallaght was nominated by Operations Manager James Roache from The Square through the Celebrate Community Campaign. Irene told us how the money will help immediately as they work to feed the homeless.

“We would like to thank Stephen and Theresa for the generous donation and also to James from The Square for the nomination, the money will go straight into helping feed the homeless”.