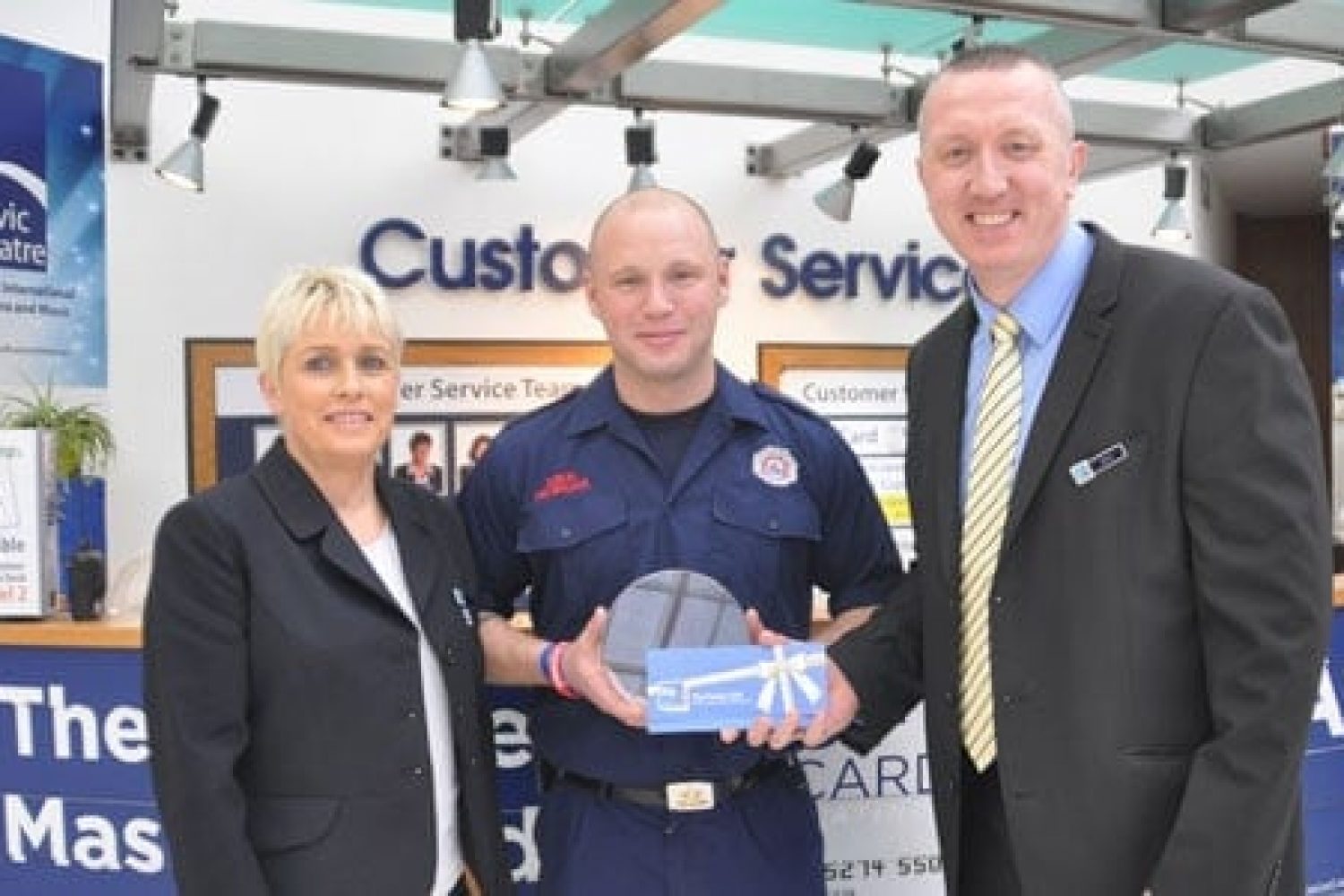 This month our Community Champion Award goes to Tallaght fireman Padraig  Thompson. Padraig completed the Dublin Marathon last month to highlight the plight of those suffering through mental illness.

Padraig was among 11,000 people that took part in the annual marathon which was held here in the City Centre on the 27th October, but unlike other runners he ran with an added 40 KG child mannequin on his shoulders.

He explained how the idea first came about in the station as a bit of “banter” between him and his workmates and how amazed he was to see just how well received the idea was.

He was delighted with the help of other participants throughout the race that offered their support by helping to “take the weight off his shoulders”.

The reason behind this was to show to others how invaluable it is when friends and family members offer help to someone in need.

Together with Irish charity Suicide or Survive (SOS), Padraig raised not just much needed funds but also awareness that help, support and education is always available.

Congratulations to you Padraig and well done on your hard work!