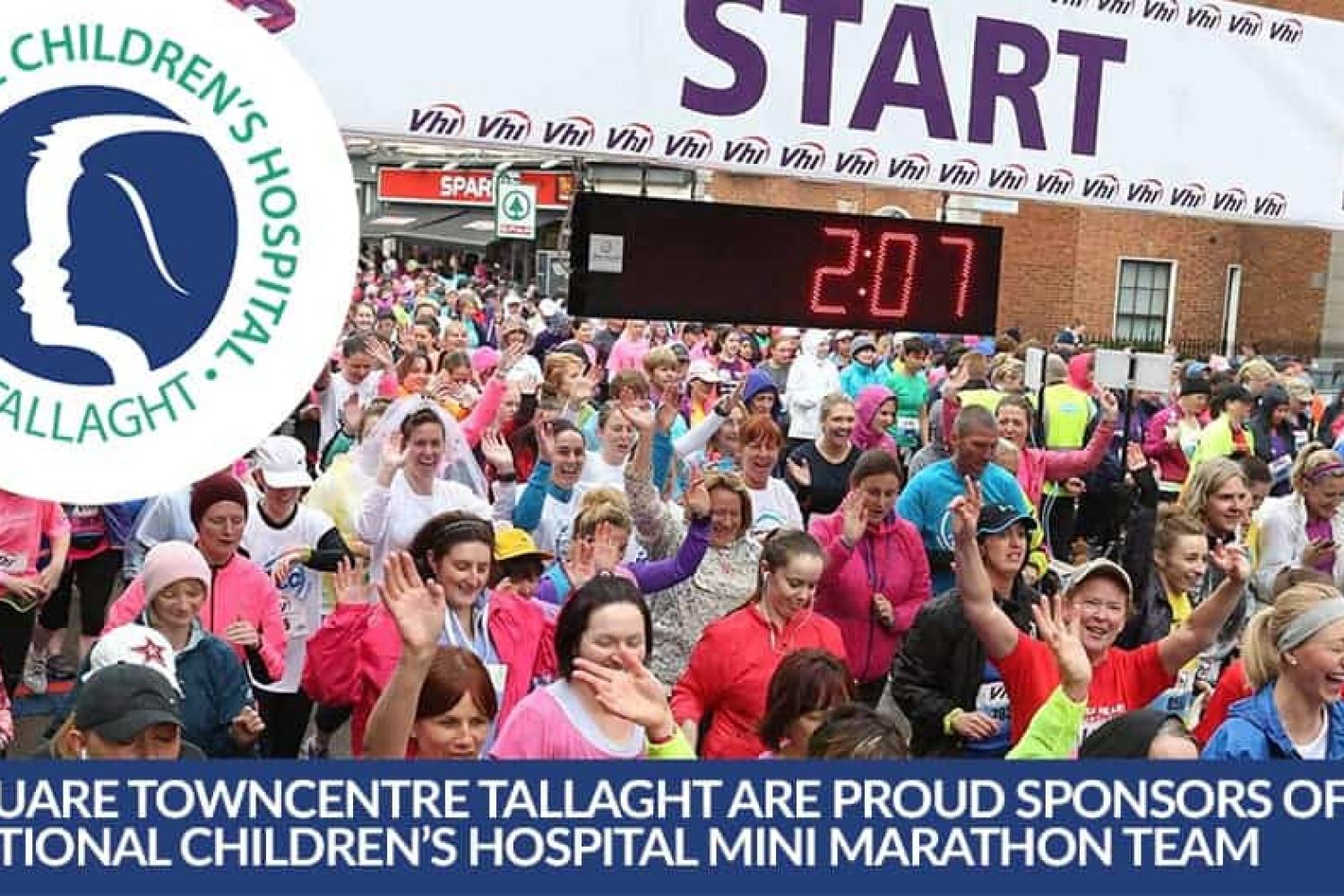 Good luck to all the wonderful women taking part in the VHI Mini Marathon on Monday June 6th in aid of the National Children’s Hospital Tallaght. As you all know, the hospital is our charity of choice so we love to hear of others supporting it, especially in such a healthy way too!

The Vhi Women’s Mini Marathon is the biggest all women’s event of its kind in the world. It has grown from its beginnings in 1983 with almost 9,000 participants to a staggering 41,006 women participating in 2014. In 2015 it is estimated that almost €5.8m was raised by the participants bringing the total since the race started in 1983 close to €197m!

We hope it goes well for all of you taking part, whether you run, jog or walk the race and well done for doing it for such a good cause!