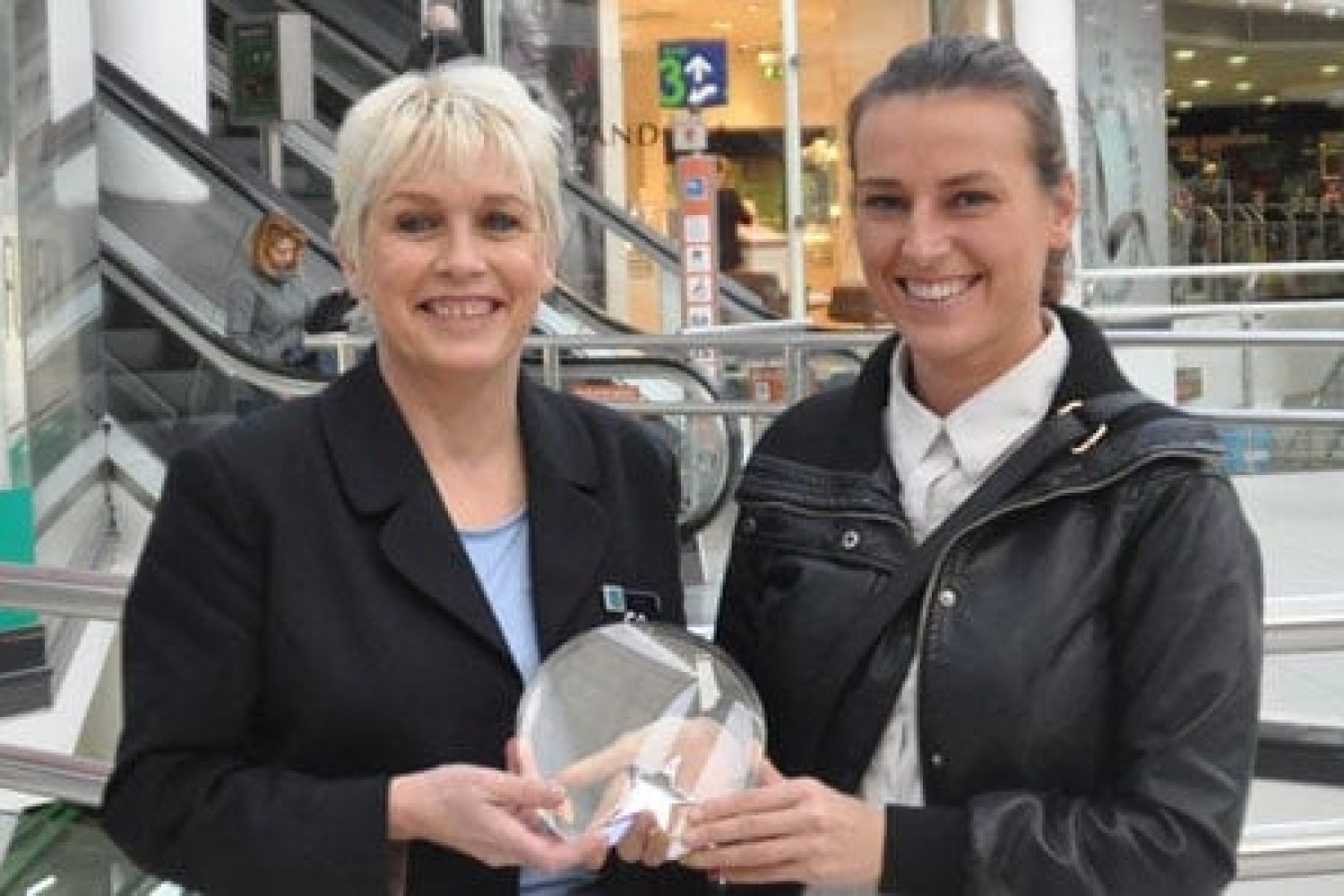 We were delighted to award local Tallaght woman Lynn Ruane with our Community Champion Award for March 2015. Lynn has just been elected as Trinity College’s Student Union President, something that is inspiring and great news for the locality.
The achievement is even more impressive when you hear Lynn’s story of how she reached her goals. Lynn, from Killinarden, is a single mother of two, who dropped out of school aged 15 when she became pregnant. With determination and commitment she has worked hard to get to where she is now.
Lynn worked in addiction counselling services from age 17, where she helped start a support programme for teenage heroin users in Killinarden, and also set up a drugs task force in Bluebell, Clondalkin. She is now studying a four year degree in philosophy, political science, economics and sociology at Trinity, and will postpone her final year in order to take office as Student Union President.
Lynn was surprised and delighted to receive the Community Champion award and hopes to make big changes next year at Trinity for the students there. We wish her the best of luck in her future endeavours!